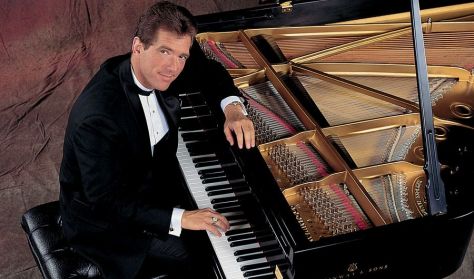 Romantic piano by the Pianist to the Presidents

Pianist to the Presidents, having performed in the White House 75 times for every president since Ronald Reagan to Donald Trump. David is a special favorite of President Carter and just played for Jimmy & Rosalynn’s 75th anniversary. When not on tour, David can be found at the Bellagio Hotel in Las Vegas. David is a native of Miami, OK. In 2020, David was inducted into the Oklahoma Music Hall of Fame, joining such luminaries as Merle Haggard, Woody Guthrie, Vince Gill, Patti Page, Roy Clark, Roger Miller, Toby Keith, Carrie Underwood, Kristin Chenoweth and many others.

Warning! The basket time limit is about to expire!