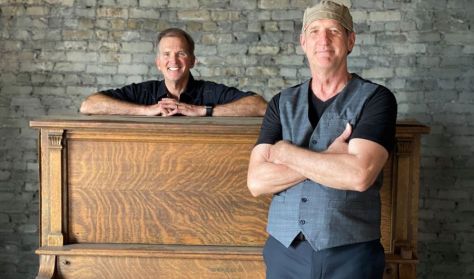 How Sweet It Is

Nashville-based Steve Leslie is an awarded singer/songwriter/guitarist. With “How Sweet It Is”, he turns his warm baritone & consummate guitar playing to the music of James Taylor, one of his most influential favorites.Steve’s songs have been recorded by Kenny Rogers, Mark Chesnutt, George Strait, Darryl Worley, Rhonda Vincent, Neal McCoy, Darius Rucker, and others.He won the Grammy award for penning the title cut for Ricky Skaggs’ 2004 Best Bluegrass Album.Steve has played the Grand Ole Opry, the Ryman Auditorium, and can be seen regularly at the world famous Bluebird Cafe.

Warning! The basket time limit is about to expire!